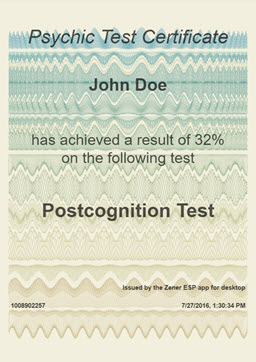 Do you want to verify that a Psychic Test Certificate is real and not fake? Use our Certificate Verification!

"The Zener cards were originally developed to conduct experiments for extrasensory perception (ESP), most often clairvoyance. The cards were designed in the early 1930s by the perceptual psychologist Karl Zener"

The Zener cards were originally developed to conduct experiments for extrasensory perception (ESP), most often clairvoyance. The cards were designed in the early 1930s by the perceptual psychologist Karl Zener.

The Zener card deck consists of five simple symbols: a circle, a cross, waves, a square and a five-pointed star. There are 25 cards in a pack, five of each design. In a test for psychic abilities, the person conducting the test picks up a card in a shuffled pack, observes the symbol on the card, and records the answer of the person being tested for extrasensory perception, who would guess which of the five designs is on the card in question.

A user with no psychic abilities is expected to have a success ratio approaching 20%. Results higher than this could indicate that the subject had some degree of psychic ability. 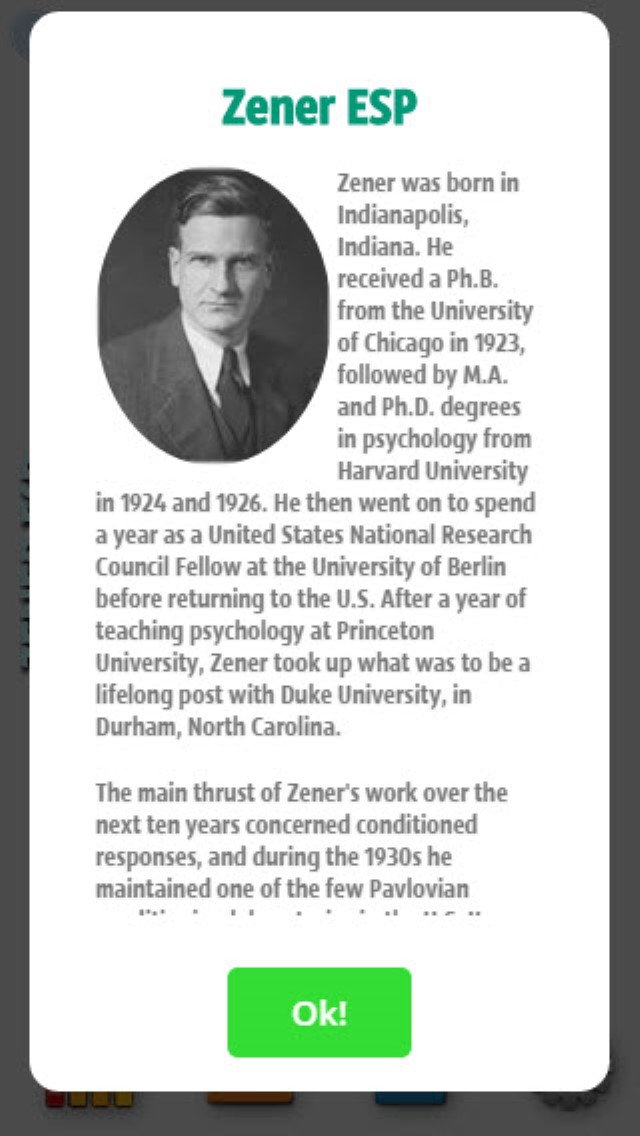 This app provide you with a fun and easy environment for psychic training and test sessions using the famous Zener ESP cards!

• Postcognition a.k.a. Retrocognition - Knowledge of past events which could not have been learned or inferred by normal means. The app will choose the next card BEFORE you make your selection, just like the original Zener card test.

• Precognition a.k.a. Future sight / Second sight - The ability to see events that will happen in the future. The app will choose the next card AFTER you make your selection. 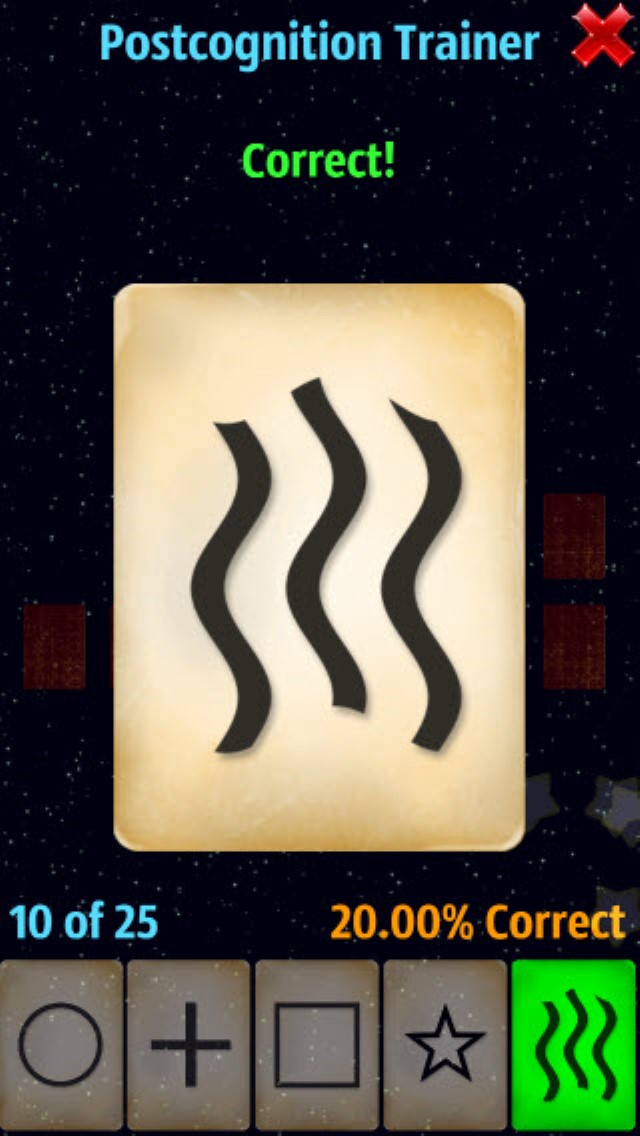 This is the original Zener Card test, which tries to determine the presence of psychic abilities. Each card is drawn from a shuffled 25 card pack with five cards for each symbol. During the test no card faces are shown, in order to ensure a valid test result. The final result is presented after the test.

A fun variant of the original test, where you'll see if your predictions are correct, one card at a time. Since the cards are shown after each selection, the app always draws cards from a full and shuffled deck.

A never ending marathon test session, which is perfect both for psychic training as well as a powerful form of active meditation! The app will produce new cards from an unlimited pack of cards, and you'll therefore be able to see your result in real-time.

In addition, all the above session can be performed in two different modes: Postcognition or Precognition! 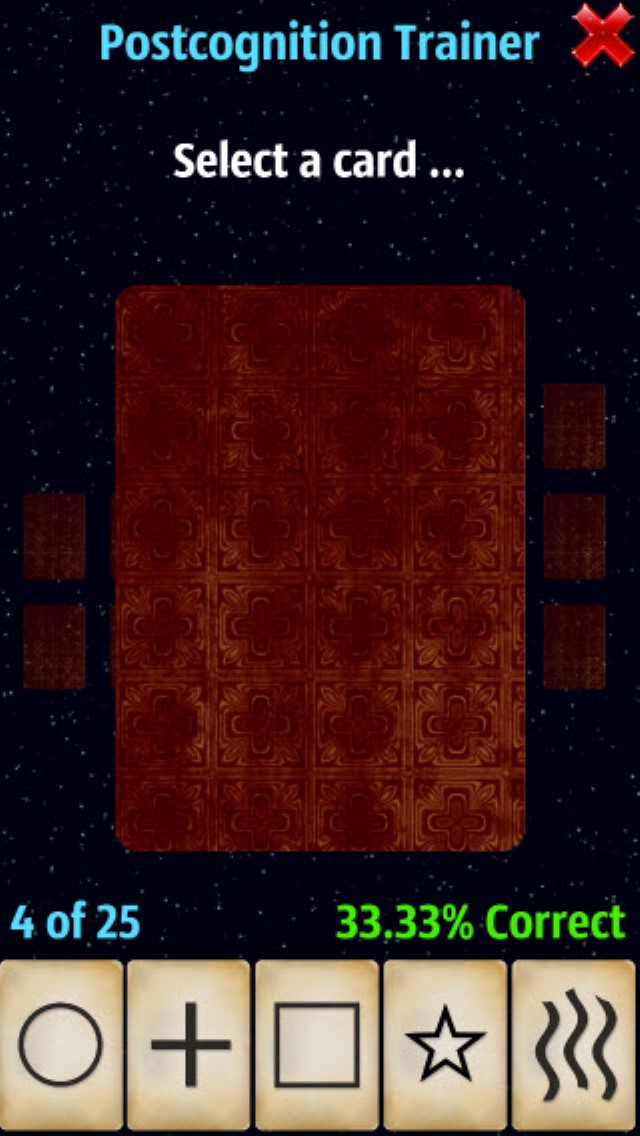 • The app offers both Test and Training sessions.

• All session can run in either Precognition and Postcognition mode.

• Are you better at Precognition or Postcognition? The app stores all your results locally on your device, all of which can be viewed from the Statistics screen.

• Share your results on Game Center, and compare with both your friends and the whole world!

• Generate personal and unique Psychic Test Certificates that can be shared or printed!

• Color Cards - Some like colors more than symbols and numbers, therefore Pro users also can run sessions with colored cards. 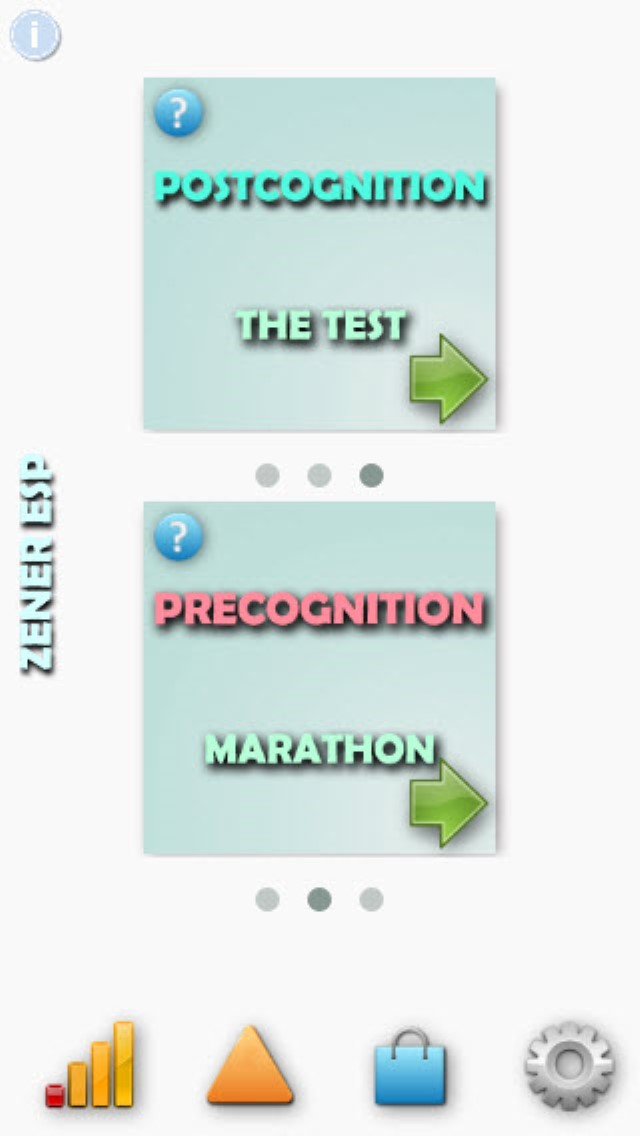