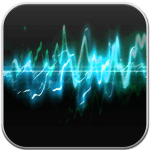 We are very proud to announce that the new version of Ghost Radio just has been released!

We hope that you like these changes as much as we. Most of them have been implemented due to the fact that you, the users, have shared your constructive feedback with us. We hope that you will continue doing just that, so don’t hesitate to contact us regarding bugs, opinions or ideas.

Take care, and don’t forget that it is Halloween on Friday!